I live in Shanghai, China.

Sisi is one of our copywriters in China.

She has been a creative / Shanghai copywriter at W+K Shanghai from 2005 to 2010 serving Nike, Nokia, Converse, Wyborowa and Starbucks.

Since then she has dedicated herself to intense Nike projects and made a tremendous contribution to the Olympic Games 2008 campaigns. Her work Basketball Disciples (Kobe Mentu) won Spikes Asia Integrated Bronze Spike and Silver pencil in Television – Unscripted series of One Show Entertainment Awards 2008. Beijing Marathon ‘Race Real’, the unique work using Beijing slang won her bronze in Vehicle Billboard & Outside Ads campaign and bronze in the Apparel & Fashion Accessories campaign of Long Xi Grand Awards 2007. 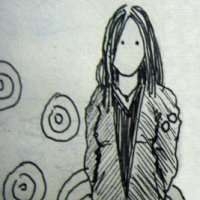 Want to see more Asian copywriters like Sisi? Here are some suggestions:

Sisi was chosen to be a part of Copywriter Collective because of glowing recommendations from clients. Since then, she has worked with us on a broad selection of both national and international projects.

Her areas of expertise include IT, Non food and Sport, although she has worked in many more sectors, and is willing and able to learn more about the area you operate in.

Alternatively, click here to see another Chinese copywriters if Sisi doesn’t quite match the skillset you need for your particular project. Copywriter Collective is a boutique agency representing the best freelance copywriters around the world.