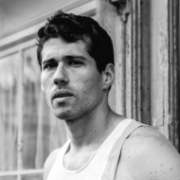 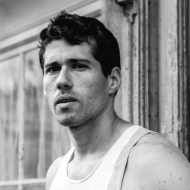 As a child I always was praised by my creativity in many school subjects, particularly when it was about drawing and writing, for the latter is that I studied journalism: My passion for writing and letting my imagination fly comes from a very early age.

I have always been a very active person, eager to learn and experience things. As a teenager I started practicing athletics at a nearby club, I think I did so because seeing the 2000 Olympics in Sydney, Australia, inspired me and ended up devoting to that nearly 10 years of my life, which shaped my personality, made me able to face challenges and taught me loads of discipline, I am still thankful for all of that, and quitting it was hard, but I shattered my knee by the time I hit my 20’s and was becoming less of a boy and more of a man.

Leaving competitive sport allowed me to improve my English and to go on an Erasmus exchange in Sweden as I was finishing my second bachelor degree, Film and TV Studies, which I felt, would complement my journalism training as I wanted to devote time to learning how to broadcast in TV and radio. I am and always was quite a passionate broadcaster and I’m committed to go back to that world sooner rather than later.

That year abroad definitely changed my life, and made me want to experience what it is like to live in different places, getting out of the bubble and the comfort zone we are raised in is an unparalleled experience. In order to try new things; I started acting in theatre plays, in English mostly, and I’m still performing quite regularly.

For that reason, I studied a MA in Cardiff, worked for many months in Berlin and Lanzarote, always pursuing to work on my creativity and learn more and more. I also volunteered in the Special Olympics in Athens’2011, as helping the mentally handicapped was always a cause that moved me due to being raised close to a cousin with Down syndrome.

Thanks to my MA in the University of South Wales I developed the skill of pursuing dreams and carrying out my own projects, no matter what they are or how much research I need to do; thanks to that I’ve written theatre plays, I’m in the process of writing 2 books and have written a radio show I will soon start the second season of. However, I decided to return to my hometown in order to make the most of the opportunities I could find here, though I never rule out the possibility of packing up and leaving again some time son.

As a copywriter I’ve worked with agencies such as Suma and McCann and for big clients like Gas Natural Fenosa and Aldi. I believe that my artsy inclinations make me seek creative ways of writing and that can give someone an edge. I also offer the possibility of editing and marking videos if we’re dealing with multimedia content.

You can check out my Copywriter Collective profile here, with some works in Spanish and English.

Balancing the heavy with the easy

Copywriter of the week : Susan Lahey
Scroll to top /n/r/n/r